Thanks to everyone who attended our August Team Zoom meeting. We discussed how we plan to monitor various alternate radio frequencies during wide spread emergency events so that we can stay informed , our revised Net scripts that will bring more variety to our weekly net events, and we discussed our in-person meeting at CARE Ambulance on Saturday August 28th. Enjoy the meeting!

The county maintains several analog FM channels aside from the 800 mHz digital trunking system as emergency backup and mutual aid use, so agencies from outside the county can communicate with county dispatchers.  These channels could be programmed into normal amateur VHF-UHF transceivers or scanners, and could become very active during emergencies.  It would be a good idea for any amateur involved with EMCOMM groups to have these channels programmed to monitor.

These channels provide a analog FM way to contact the sheriff dispatcher on Loma Ridge.  Under normal conditions, will not be active, except to broadcast traffic issues, like SIGALERTS.  During times of public disturbance—riots, large protests, etc, they could become active.  There is one channel for each public service band:

The OCFA maintains a mutual aid channel used particularly on large wildfires, where many agencies may be providing personnel.  If a large wildfire is occurring in the county, this would be a good channel to monitor.

The Hospital Emergency Administrative Radio service was established by the FCC many years ago to provide hospitals and ambulances a backup radio channel to contact each other when their normal communications are down.  It consists of two simplex FM frequencies: 155.28 and 155.34.  Locally, it has been decided that Orange County will use 155.28 and Los Angeles County uses 155.34, as their primaries.  In Orange County, the Redinet company installs and maintains the HEAR radios in the hospital emergency departments.  Hospitals may be using 155.28 in emergencies. The county could be giving hospitals general emergency bulletins over HEAR.  Communication is only by line-of-sight, no repeaters.  Loma Ridge, of course, is on a high point, so has good line-of-sight to hospitals.

The UHF MED system was set up by the FCC more recently than HEAR radio, and is designed to be used through repeaters. It is intended to be used by both hospitals and ambulance-paramedics.  The entire system has at least 10 channels available for dispatching, voice traffic, and even EKG transmission.   Every county in the country will implement this system to one degree or another.  In Orange County, it was decided only to implement the dispatch channel, channel 9, which is 462.95 MHz.  LA County implements UHF-MED more extensively.

Orange County requires all ambulances operating in the county to be equipped with a MED 9 radio, to communicate with each other, including other ambulance companies, or ambulances coming from out of county that do not have 800 MHz radios.  Hospitals can equip themselves with MED-9 if they wish.  The advantage of MED 9 over HEAR is that it is repeated and therefore has more range around the county, especially tight places..

Users on HEAR and MED 9 are cautioned to not put specific patient data on these channels that would violate HIPAA restrictions, as we should also not do on amateur frequencies.

Keep in mind all these channels are for emergency use and won’t be active under routine conditions.

You can download this information as a handy PDF here 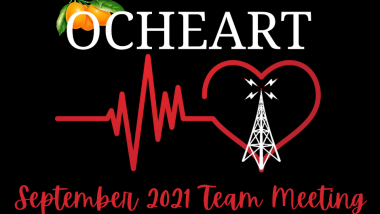 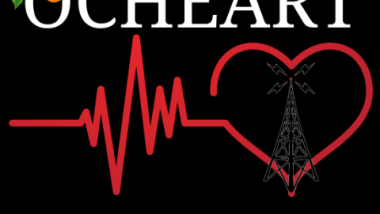